No matter how they’re marketed by auto manufacturers, cars outfitted with advanced driver-assistance systems (ADAS) are not, as they’re referred to colloquially, be it by your neighbor or the hosts on the morning radio show, “self-driving cars.” It’s an important distinction to make, one that might be obvious to those in the industry but seemingly less so amongst the general public. When a “self-driving car” ends up in the news for getting into an accident, it’s most likely because of a distracted driver misusing the technology.

As with many technologies that offer significant safety advantages, users can have a propensity to start taking that technology for granted and find themselves in a catch-22 of sorts, lulled into a false sense of security by something that works well as intended but isn’t perfect. ADAS features, while helpful, cannot do everything, as drivers who get into accidents while watching movies on their phones can attest.

“We tend to avoid using the term ‘self-driving’ to describe these ADAS systems because it’s simply not self-driving. It is a driver support feature,” said Matt Lum, automotive technical engineer for AAA National. “And right now, currently, there is no formal regulation that requires any type of driver-monitoring system to be integrated within a Level 2 system.”

“So that’s where the disconnect is. It’s stated explicitly within their design parameters that these systems are required to have constant driver supervision,” Lum continued. “But it’s just human nature that whenever you have something that is basically doing the driving tasks, it becomes difficult for a person to constantly supervise the operation of that system because humans by nature are bad at providing periodic input.”

It’s a nice way of saying we get bored and are distracted easily. It also explains the benefits of utilizing ADAS technology but also exposes the risks.

The Role of In-Cabin

So what to do about it? ADAS isn’t going anywhere but further down the road. And while the technology advances, safety gaps remain. Increasingly, in-cabin monitoring systems that alert and remind drivers to pay attention to the road while utilizing Level 2 ADAS features have become a recommended solution.

“Our minds tend to wander, and if a system is, for the most part, performing adequately, it’s just human nature to have your mind wander off and do something else to fill the time, whether it be glancing at your phone or looking at your tablet or messing with the infotainment system,” Lum explained. “Consequently, we strongly feel there needs to be a direct camera-based driver monitoring system included within an active driving assistance feature to mitigate driver disengagement.”

Lum’s strong feeling about the need for camera-based driver monitoring systems is reinforced by a recent study he led at AAA, testing steering wheel-based monitors against camera-based monitors on a 24-mile loop of limited-access toll road in Southern California. Of the four vehicles tested, the Level 2 ADAS vehicles that utilized cameras for in-cabin monitoring outperformed those that used sensors in the steering wheel.

In their road tests, AAA found the camera-based systems alerted disengaged drivers 50 seconds sooner and were more persistent than those detecting steering wheel movement. Similarly, the percentage of time test drivers were engaged was approximately five times greater for camera-based systems than steering wheel systems. While neither is foolproof, the cameras in AAA’s study demonstrate the ability to better detect when drivers are distracted.

“Last year, when we looked at ADAS systems in isolation, through thousands of miles of naturalistic driving, we found that, on average, an issue requiring driver intervention would come up approximately every eight miles,” Lum recalled. “As these systems continue to evolve — and let’s say the eight-mile figure goes up to 20 or 50 miles — it’s going to be even more difficult to keep a driver engaged for those longer periods of time.”

There are other benefits to in-cabin monitoring systems that utilize cameras, said Andy Hanvey, Director of Automotive Marketing at OMNIVISION, a global developer of semiconductor solutions. The company recently debuted its OX05B1S, the world’s only five-megapixel RGB-IR BSI global shutter sensor with cybersecurity integration for in-cabin monitoring systems. Not only can in-cabin cameras monitor a driver while utilizing existing ADAS features, but the cameras can also recognize drivers and passengers and customize interior comfort settings accordingly. Those same cameras can monitor a child in the back seat or check to see if you left something in the car, among other things.

“OEMs can add functionalities that the consumer wants or needs,” Hanvey explained. “To some degree, you can think of them as comfort or convenience features, but there will be safety use cases as well.”

Absent U.S. federal regulations that require in-cabin monitoring systems for future vehicles, at least for now, demonstrating a broader value of in-cabin cameras might create more consumer demand, especially if we, as the industry, can propose both the safety and convenience benefits simultaneously. 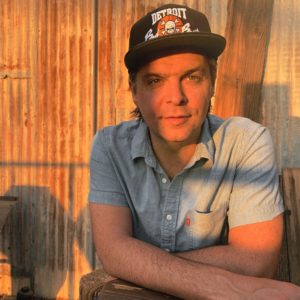 MJ Galbraith is a Detroit-based writer and musician, where he lives with his wife and family. There’s a good chance he’s thinking about Tigers baseball right now.
PrevPreviousXenomatiX Launches Next Generation XenoTrack for Pavement Digitization
NextHonda Reveals $40 Billion Investment In Latest EV RoadmapNext