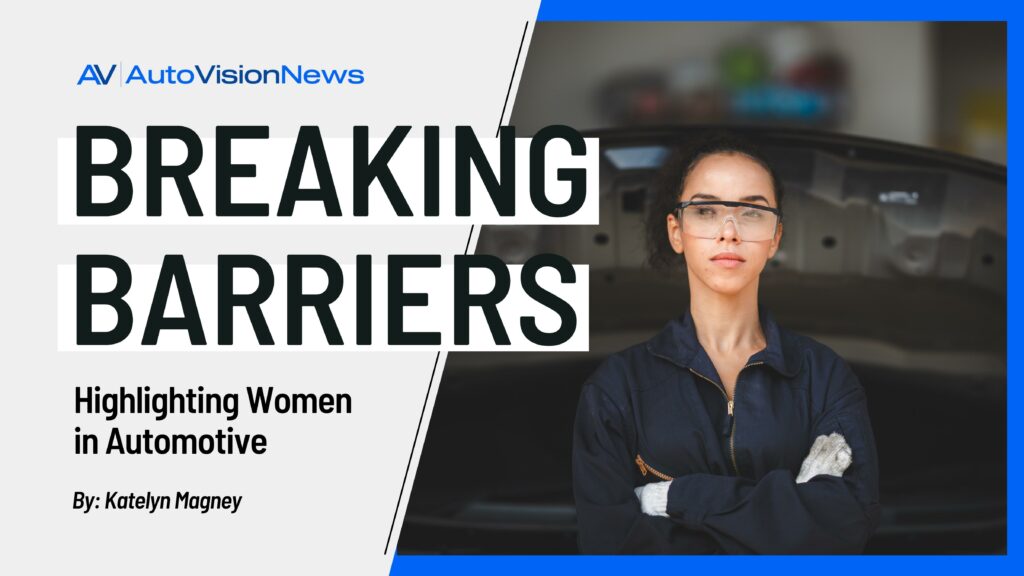 BREAKING BARRIERS is a new series highlighting women in automotive and tech fields to amplify their voices and share in their experiences.

If you’ve ever been to a Sense Media event and marveled at how well executed it was, you can thank Operations Director Hayley Sarson. She and her team are responsible for the AutoSens conference, a bi-annual event often regarded as one of the top shows in ADAS and AV development.

For Hayley, though, event production wasn’t a lifelong dream. “I studied math and economics at university, so moving into conference production was not really a natural step, nor something that I had even heard of prior to university,” she said, adding that organization and research skills led her toward her first job in events. “Given that I was a natural organizer, I was involved in a few societies at university, and these organizational skills, plus the research skills that you gain through completing a degree, were what helped me be offered my first job as a Conference Producer.”

The Importance of Mentors & Role Models

Hayley’s segway into the event world may have looked seamless, but it didn’t come to fruition without some obstacles. When I asked her about this, she recounted an earlier role as a Project Manager where she felt she didn’t have a voice unless she agreed fully with the leadership’s vision. “That experience initially knocked my confidence but then helped me develop a thicker skin, and I know now that no one should have to put up with working in that kind of environment,” she said.

Unfortunately, these experiences are common, especially for women. In fact, recent research by American Political Science Review found that women who are outnumbered by men in a group are 75 percent less likely to speak up. One way this can be mediated, however, is by positive role models who work to foster more inclusive environments.

I asked Hayley if anyone helped her in this capacity, and she credited Rob Stead, Managing Director and Founder of Sense Media. “Rob has given me the best opportunities to get where I am today. He was the first person to hire me back in 2010 and then to re-hire me at Sense Media seven years later.” Adding, “Rob shows a lot of respect for other people and their opinions, and he is very passionate about supporting the industries we work with.”

Hayley and I also talked about what it means to be a woman in a male-dominated field. Her perspective is unique in that she views her industry in two ways: on one hand, Hayley doesn’t find the event production industry to be male-dominated at all. On the other hand, the sectors she produces conferences for often are. “Pretty much all the industries I have produced events for have been male-dominated, and one thing that has stood out is how hard it is to find woman speakers,” she noted.

“We run a call for papers for each AutoSens event, and when we receive over 40 submissions, we are lucky if one of those is a woman offering to speak. As a company, we have made a pledge to endeavor to involve more women in the agenda, and to try to include at least one woman on every panel discussion, however, it is often not possible to do so.”

The contrast Hayley describes is unsurprising when considering the wide gender gap in some industries. For example, although women make up almost half of the U.S. workforce, they represent just a quarter of the automotive sector, and only about 13 percent of the total engineering workforce.

I asked Hayley to share a piece of advice she would give to her younger self, and she talked about how important it is to never let someone make you feel like you aren’t worth listening to. And for those just starting out on their professional journey, Hayley encourages young adults to “grab opportunities with two hands and to get as much experience as possible, and to meet as many people as possible, since connections really are important.”

In fact, my own relationship with Hayley is a great example of this. I met Hayley at an AutoSens conference in 2019 while working in a full-time role with VSI Labs. Coincidentally, I also met Carl Anthony there. Had I not stayed in touch with either of them after starting my own business, we wouldn’t be here today.

The 2019 AutoSens conference was the last major event many of us went to before COVID-19. Given the changes brought on by the pandemic, I was also eager to ask Hayley about the trends she’s currently seeing in the event space. She shared that she doesn’t feel you can top in-person conferences, stressing how difficult it is to replicate a conference experience online. In spite of this, Hayley believes the pandemic left a lasting impression on events, and people may become more selective in the events they do attend.

“We were thrilled that our AutoSens Detroit event was the biggest we have held in Detroit to-date, and there was a real buzz,” Hayley added. “We not only enjoyed seeing people that we had not seen in-person since before the pandemic, but we also welcomed lots of new faces to the community.”

Thank you to Hayley for sharing her professional journey with us. To hear more stories from women in the industry, follow us on LinkedIn or subscribe to the AutoVision News newsletter. Or, to be featured, email [email protected].

Katelyn Magney is the Founder of Magney Creative, a boutique marketing agency for small businesses. Prior to this, she held marketing and communications roles in the financial, automotive, and healthcare industries. Outside of work, Katelyn enjoys spending time with her dog and thinking of funny tweets.