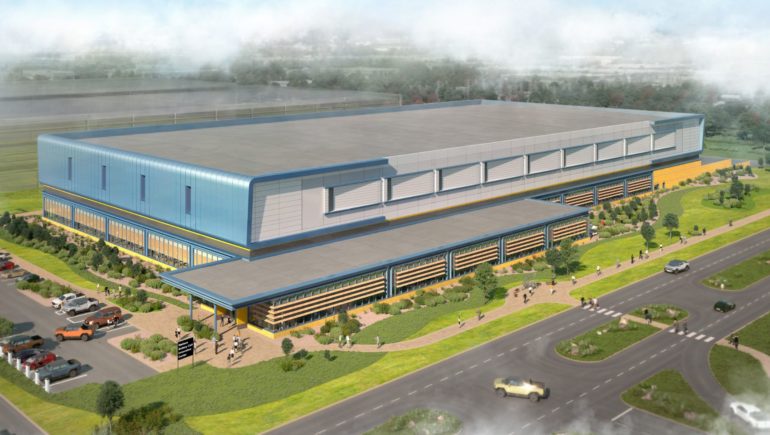 General Motors has announced the Wallace Battery Cell Innovation Center, a new facility that will significantly expand the company’s battery technology operations and accelerate the development and commercialization of longer-range, more affordable electric vehicle batteries. The Wallace Center will be located on the campus of GM’s Global Technical Center in Warren, Michigan.

The facility will play a pivotal role in advancing GM’s vision of an all-electric future and help pave the way to widespread adoption of EVs, building on more than a decade of battery development at GM Research and Development. GM will also use the facility to integrate the work of GM-affiliated battery innovators, helping the company to reach its stated goal of at least 60 percent lower battery costs with the next generation of Ultium.

“The Wallace Center will significantly ramp up development and production of our next-generation Ultium batteries and our ability to bring next-generation EV batteries to market,” said Doug Parks, GM executive vice president, Global Product Development, Purchasing and Supply Chain. “The addition of the Wallace Center is a massive expansion of our battery development operations and will be a key part of our plan to build cells that will be the basis of more affordable EVs with longer range in the future.”

The Wallace Center will allow GM to accelerate new technologies like lithium-metal, silicon, and solid-state batteries, along with production methods that can quickly be deployed at battery cell manufacturing plants, including GM’s joint ventures with LG Energy Solution in Lordstown, Ohio, and Spring Hill, Tennessee, and other undisclosed locations in the U.S.

The facility will connect GM’s network of battery development sites located on its Global Technical Center campus. These sites include GM’s Research and Development Chemical and Materials’ Subsystems Lab that currently leads the company’s battery development, including its pioneering work on lithium-metal anodes, and the Estes Battery Systems Lab, the largest battery validation lab in North America at more than 100,000 square feet. The Estes Lab enables GM to perform major battery durability tests in-house at the cell, module and pack levels.

The Wallace Center will be capable of building large-format, prototype lithium-metal battery cells for vehicle usage beyond the small-scale lithium-metal cells typically used in handheld devices or research applications. These cells could be as large as 1,000 mm, nearly twice the size of the initial Ultium pouch cells, and will be based on GM’s proprietary formula.

GM currently holds more than 2,000 granted and pending patents related to EV battery technology, including 60 patents and trade secrets and another 46 pending in critical areas of future battery development, such as lithium-metal electrolytes, anodes, cathodes, and binders.

The battery engineering team based at the Wallace Center will experiment with many types of future battery chemistry in addition to lithium-metal, including pure silicon and solid-state, along with different cell form factors. The Wallace Center is expected to build batteries ranging in energy density from 600 to 1200 watt-hours per liter, along with crucial battery cell ingredients like cell active materials.

The Wallace Center will include cell test chambers, cell formation chambers, a material synthesis lab where GM can design its own cathode active materials, a slurry mixing and processing lab, a coating room, an electrolyte production lab, and a forensics lab with material analysis equipment and advanced software. In addition, a data farm will enable GM’s battery development team to harness the latest artificial intelligence breakthroughs, with all the battery-related processes inside and outside of the lab tied together in one, huge cloud.

The facility is named after Bill Wallace, a GM director who played a pivotal role in the development of the automaker’s advanced battery technology and trained many of its current battery leaders. As director of Battery Systems and Electrification, Wallace led the team that designed and released GM’s advanced automotive battery systems in the Chevrolet Volt 1, Volt 2, Malibu Hybrid, and Bolt EV. Wallace also pioneered GM’s relationship with LG Chem R&D (now LG Energy Solution), culminating in the Ultium Cells LLC battery cell manufacturing joint venture plants now under construction.

Despite fighting terminal cancer, Wallace passionately continued to lead and inspire his team. Wallace worked until his death in 2018. His legacy lives on through both the Wallace Battery Cell Innovation Center and the team he influenced.

“In addition to being a good friend, Bill was an innovator who enabled other innovators,” Parks said. “He gave his team confidence to take risks and reach far beyond their wildest dreams in pursuit of our all-electric, zero-emissions future.”

The Wallace Center is currently under construction and will be completed in mid-2022. Designed for expansion, the facility is projected to grow up to at least three times its initial footprint, with room for additional investments, as demand for EVs increases. The facility is expected to build its first prototype cells in the fourth quarter of 2022.