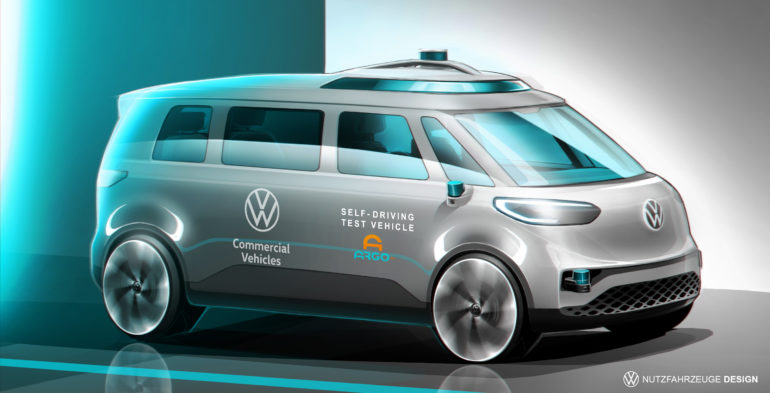 Speaking during the most recent Supervisory Board meeting of the Volkswagen Group, Carsten Intra, CEO of Volkswagen Commercial Vehicles, said one of the primary goals of the R&D initiative is road safety.

“With the confirmation of the Volkswagen Group’s Supervisory Board for our Autonomous Driving R&D program, we are setting the course for the future of mobility,” he said. “Autonomous, electric driving will make an important contribution to urban mobility and road safety. Our vehicles are the logical first choice to apply such systems to.”

Among the goals is the consistent development and deployment of autonomous systems. To help achieve this, the Volkswagen Group is investing billions of euros in the Car.Software Organisation, which is also working with Microsoft to build a cloud-based Automated Driving Platform on Microsoft Azure. Volkswagen Group also underscored their commitment to Argo AI, a company specializing in software platforms for autonomous driving.

“This year, for the first time, we are conducting field trials in Germany, in which the self-driving system by Argo AI will be used in a version of the future ID. BUZZ by Volkswagen Commercial Vehicles,” explained Christian Senger, Head of Autonomous Driving. “The aim is to develop a ride-hailing and pooling concept similar to what MOIA offers today. In the middle of this decade, our customers will then have the opportunity to be taken to their destination in selected cities with autonomous vehicles.”

Volkswagen Commercial Vehicles plans to develop and build special purpose vehicles, such as robo-taxis and vans. The brand is ultimately responsible for developing fully autonomous systems for commercial use in urban areas.