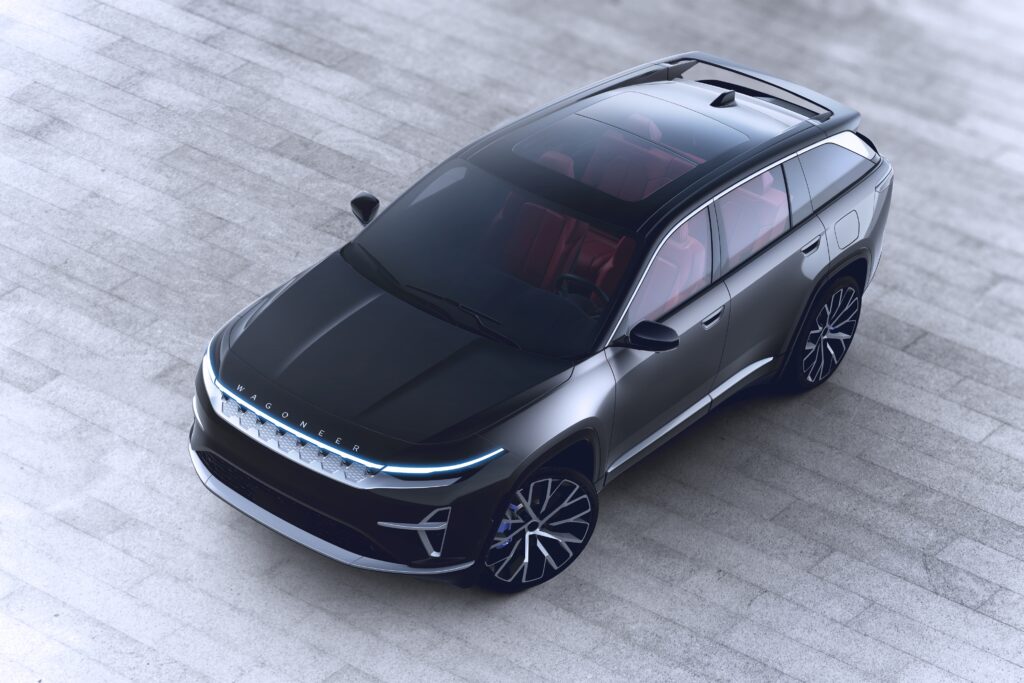 Parent company Stellantis and iconic off-roading brand Jeep unveiled on YouTube the first phase of the Dare Forward 2030 product strategy of America’s favorite off-roading marquee. Jeep plans to be the leading electrified SUV maker in the world and is releasing four battery-electric SUVs in North America and Europe no sooner than 2025 (three of which are detailed here). Jeep plans to achieve EV sales of 50 percent in the USA and 100 percent in Europe by 2030 while offering electrified variants across its portfolio, headlined by the new Wagoneer 4xe.

“Driven by the success of our electrified 4xe portfolio in North America and Europe, we are designing and developing the most capable and sustainable Jeep SUVs to date, on our path to becoming the leading zero-emission SUV brand in the world,” said Christian Meunier, Jeep brand CEO.

With plans to have an all-electric European lineup by the end of this year, Jeep is making haste by formally introducing its first all-electric vehicle at the Paris Auto Show on October 17th, 2022. The forthcoming Jeep Avenger is the first-ever all-electric Jeep SUV that made its digital debut in early 2022. “This modern, fun, and emotional SUV will appeal to a growing set of customers looking for a capable, compact, modern, and all-electric Jeep brand alternative to the current players,” said Antonella Bruno, Head of Jeep Europe at Stellantis.

The Jeep Avenger won’t see the light of day stateside. Instead, it will strut its wares in Japan, South Korea, and the rest of Europe. Production for the Jeep Avenger will commence near the end of 2022 in Tychy, Poland, and will grace showrooms by early 2023.

Meanwhile, Jeep is bolstering its premium SUV lineup with an all-electric Wagoneer. Wearing the code name “Wagoneer S,” it’s not merely an all-electric variant of the current Wagoneer, as the EV will come with a sleeker, more aerodynamically optimized body. Jeep claims 400 miles of range, 600 horsepower (from a still undetermined number of electric motors), and zero to 60 mph in 3.5 seconds. And since we’re talking about a Jeep, Wagoneer S has a standard 4×4 drivetrain with all-terrain management software to make mincemeat of rugged terrain.

The incoming Jeep Recon and Wagoneer S will go on sale worldwide and in some parts of Europe in early 2023.

Alvin Reyes is a feature writer and contributing editor for Automoblog, the sister publication of AutoVision News. He studied civil aviation, aeronautics, and accountancy in his younger years and is still very much smitten to his former Mitsubishi Lancer GSR and Galant SS.
PrevPreviousHertz to Order 175,000 EVs From General Motors Through 2027