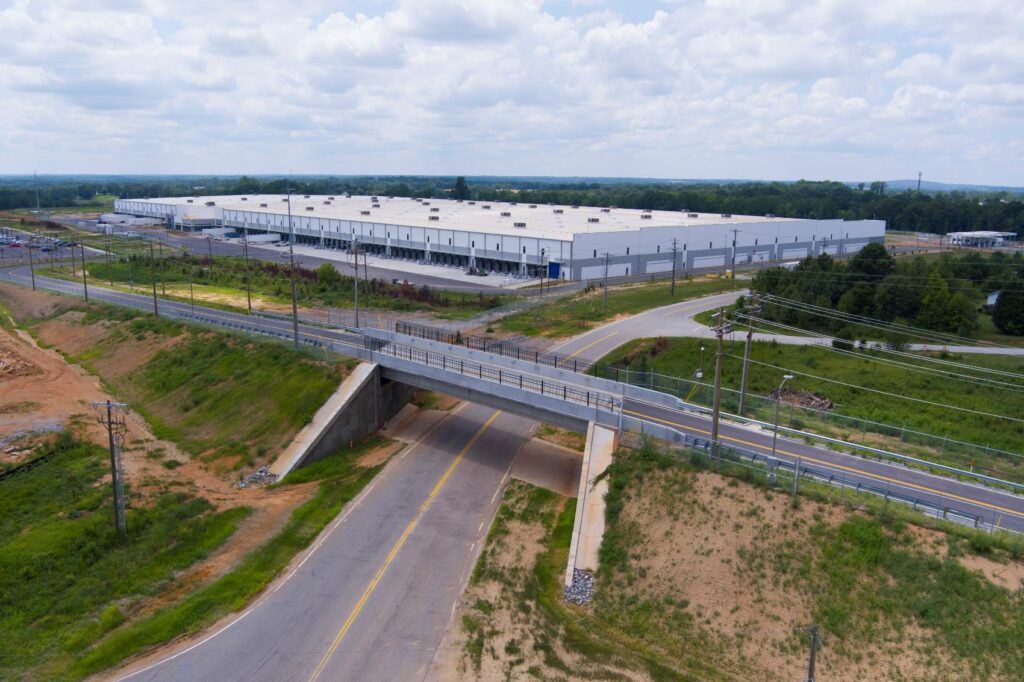 “This new facility allows us to consolidate two warehouses and their material into one building, making our processes faster, leaner, and more efficient,” said Dr. Robert Engelhorn, President and CEO of BMW Manufacturing. “Beyond this, the new logistics center incorporates elements of the BMW iFACTORY strategy, which defines the future of automotive manufacturing for the BMW Group production network. This building can be expanded, if needed, to accommodate future models.”

The logistics center is divided by a fence, separating the new Container Freight Station from BMW’s Foreign Trade Zone (FTZ). Parts and goods, both duty-paid and duty-unpaid, enter the warehouse on one side to be separated. The duty-paid material is cross-docked and travels by truck to BMW’s Consolidated Services operations at the Inland Port in Greer.

Only the duty-unpaid, BMW Manufacturing-owned parts are allowed to enter the Foreign Trade Zone. Those FTZ parts are either stored on racks temporarily in the warehouse or go directly to the BMW plant to be used in production. Yard trucks, called “hostlers,” carry these parts across two newly constructed private bridges built by United Infrastructure Group. The bridges cross over Freeman Farm Road and Interstate 85 for quicker access to the BMW plant.

“BMW has worked in close partnership with U.S. Customs and Border Protection and appreciates their support in creating this one-of-a-kind warehouse,” said Oliver Bilstein, Vice President of Logistics and Production Control.

During the grand opening, BMW showed a video demonstration of an autonomous hostler and trailer leaving the LCX building, traveling across both private bridges, and delivering parts to a building onsite. The autonomous hostler communicates with the freight door on arrival and opens it automatically. “When BMW launches its autonomous logistics program in the future, it will eventually use 5G wireless technology on the Plant Spartanburg site, enabling real-time connectivity between machinery and equipment,” the automaker said in a statement.

Plant Spartanburg already deploys autonomous technology in other areas. The body shop uses Smart Transport Robots, flat mobile robots that can move parts weighing as much as one ton. Meanwhile, a driverless route train that delivers parts to areas in the X3/X4 assembly hall is being tested.

“Innovation, digitalization, and sustainability are key success factors for the future of logistics,” Bilstein said. “Autonomous transportation – whether with smart robots, tuggers, or even trucks – will make logistics even more flexible and efficient.”

BMW Manufacturing is the largest BMW Group plant in the world, producing more than 1,500 vehicles daily and 433,810 vehicles in 2021, a company record. The factory has an annual production capacity of up to 450,000 vehicles and employs more than 11,000 people. The plant exports nearly 60 percent of its vehicles to about 120 global markets, making it the largest exporter by value in the United States. Since 1992, BMW Group has invested nearly $12 billion in its South Carolina operations.