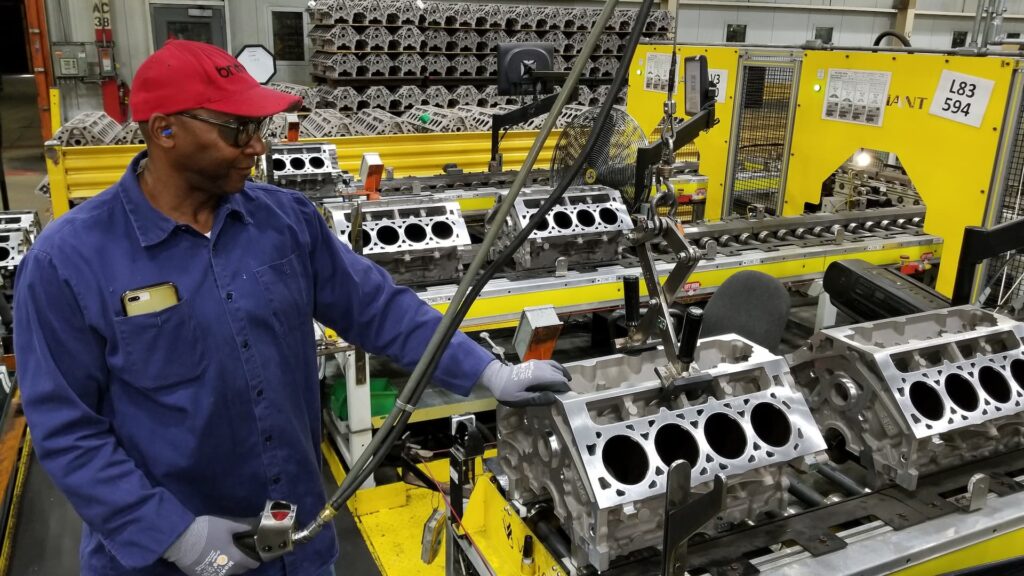 American legacy automaker General Motors (GM) has invested upwards of $37 billion in its U.S. manufacturing facilities since 2013. The company plans to lead the industry’s transition from gasoline to electric by debuting no less than 20 new all-electric cars by the end of 2023. The assault has begun with recent introductions of the Hummer EV, Chevy Silverado EV, Chevy Blazer EV, and the Cadillac Lyriq. GM has also debuted the futuristic-looking Cadilac Celestiq luxury EV and the much-anticipated Chevy Corvette E-Ray, the first electrified Vette based on the magnificent C8 Corvette Stingray.

There’s more to come from GM, as the company has announced plans to invest an additional $918 million across four U.S. manufacturing facilities. The company said most of the money would go to its Flint and Bay City engine plants to manufacture and assemble the brand’s newest sixth-gen small block V8 engines. Moreover, $64 million would go to its plants in New York and Ohio to bolster EV production.

“These investments, coupled with the hard work and dedication of our team members in Flint, Bay City, Rochester, and Defiance, enable us to build world-class products for our customers and provide job security at these plants for years to come,” said Gerald Johnson, GM Executive Vice President of Global Manufacturing and Sustainability.

Flint Engine Operations in Michigan: GM will invest $579 million to prepare the plant to assemble GM’s sixth generation of Small Block V8 gas engines along with the related block, crank, and head machining. Flint will continue building the 3.0L turbo-diesel during the renovations.

Rochester Operations in New York: GM will invest a total of $68 million in the Rochester facility. $12 million will be invested to prepare the facility to build intake manifolds and fuel rails for future V8 production at Flint Engine Operations. In addition, the investment includes $56 million for battery pack cooling lines for EV production.

According to GM, its planned investments will offer a two-pronged approach: strengthening its full-size truck and SUV business while supporting its growing EV portfolio. Sales of trucks and SUVs in Canada, Mexico, and the USA rose during the third quarter of 2022. The figures represent a three percent increase over the previous year with no signs of slowing down. GM adds it will continue fortifying its portfolio of internal combustion vehicles “well into the future” while also accelerating its EV initiatives.

“The teams in Rochester and Defiance are also leading our transformation to an all-electric future,” said Ray Curry, UAW President. “The skill and dedication of UAW members are a key part of GM’s success, and their flexibility to build components for both internal combustion and electric vehicles highlights why our manufacturing team is second to none.”

Alvin Reyes is a feature writer and contributing editor for Automoblog, the sister publication of AutoVision News. He studied civil aviation, aeronautics, and accountancy in his younger years and is still very much smitten to his former Mitsubishi Lancer GSR and Galant SS.
PrevPreviousHARMAN Automotive & Ferrari Partnership to Focus on In-Cabin Experiences for Ferrari Customers
Next2024 Volvo EX90 Debuts With Updated ADAS Features, Google Apps & AWDNext