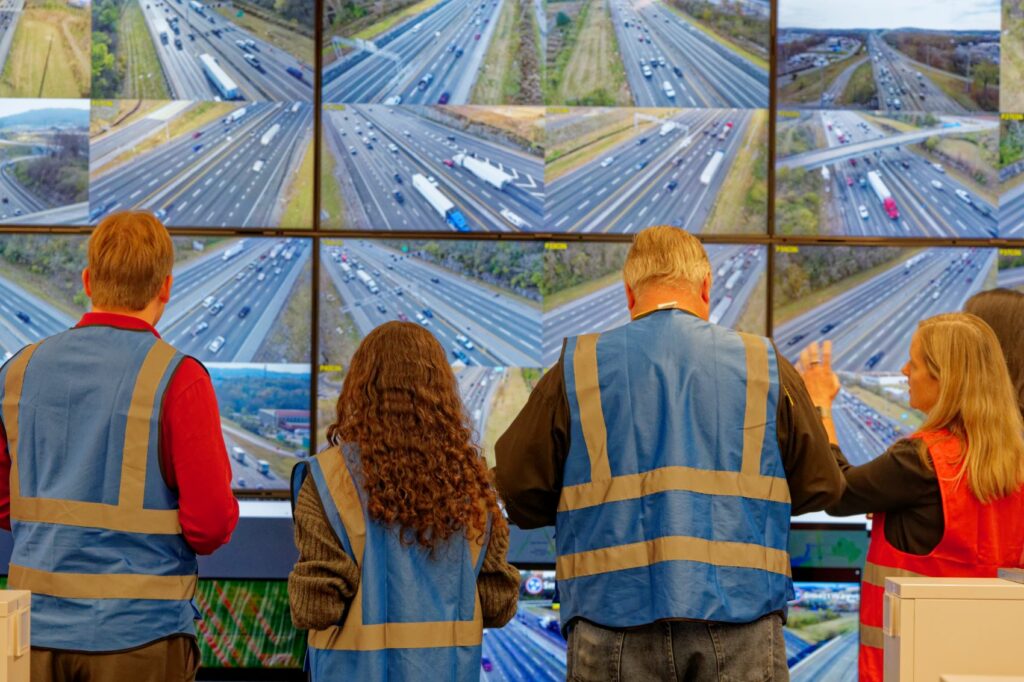 The CIRCLES Consortium, the Tennessee Department of Transportation, and Nissan North America have concluded a five-day open-track experiment along a sensor-filled portion of U.S. Interstate 24 in Nashville. Aiming to advance the future of mobility, the researchers equipped 100 Nissan Rogue crossovers with an AI-equipped cruise control system the team designed to help increase fuel savings.

“Nissan has always been a pioneer in automotive innovation, and with our long-term vision, Nissan Ambition 2030, we know our future is autonomous, connected, and electric,” said Liam Pedersen, Deputy General Manager at Nissan Research Center in Silicon Valley, California. “CIRCLES shares our common goal of building a safer, cleaner world by empowering mobility.”

The CIRCLES Consortium is led by UC Berkeley and the Institute of Transportation Studies (ITS) Berkeley, in coordination with Vanderbilt University, Temple University, Rutgers University-Camden, the Tennessee Department of Transportation, Toyota North America, and Nissan North America. It is supported by the National Science Foundation and the U.S. Department of Energy’s Office of Energy Efficiency and Renewable Energy.

Along with the Nissan Rogue vehicles, the recent experiment on Interstate 24, known as I-24 MOTION, included a Cadillac XT5 and Toyota RAV4 fitted with the AI-governed cruise control system.

Nissan describes the I-24 MOTION testbed in Nashville as “the only real-world automotive testing environment of its kind.” It stretches four miles of highway with 300 4K digital sensors that can log 260,000,000 vehicle miles of data per year. The experiment ran from November 14th through the 18th (2022), and the results were encouraging.

“On November 16th alone, the system recorded a total of 143,010 miles driven and 3,780 hours of driving. The I-24 MOTION system, combined with vehicle energy models developed in the CIRCLES project, provided an estimation of the fuel consumption of the whole traffic flow during those hours,” said the CIRCLES team in a joint statement. “The concept we are hoping to demonstrate is that by leveraging this new traffic system to collect data and estimate traffic and applying artificial intelligence technology to existing cruise control systems, we can ease traffic jams and improve fuel economy.”

The findings suggest that a lone AI-equipped vehicle could influence the driving behavior and speed of up to 20 other cars on the same road length.

“Traffic congestion is now becoming more prominent throughout Tennessee, and not just in urban areas,” added Deputy Governor and TDOT Commissioner Butch Eley. “Addressing these challenges will force us to think critically about solutions, as transportation infrastructure projects traditionally are not identified nor completed before traffic congestion more dramatically affects our quality of life.”

The team will spend the incoming months analyzing the mountains of data from all the AI-equipped vehicles in the five-day experiment. This latest study on analyzing traffic patterns based on AI-induced vehicle behavior is the most comprehensive in the world, according to a press release from Nissan. It has the potential to bring full autonomy closer to reality.

Alvin Reyes is a feature writer and contributing editor for Automoblog, the sister publication of AutoVision News. He studied civil aviation, aeronautics, and accountancy in his younger years and is still very much smitten to his former Mitsubishi Lancer GSR and Galant SS.
PrevPreviousStellantis & Future Energy Forge Partnership to Prepare Dealerships for Electrification
NextFord & SK On Break Ground for Battery Manufacturing Facility in Glendale, KentuckyNext