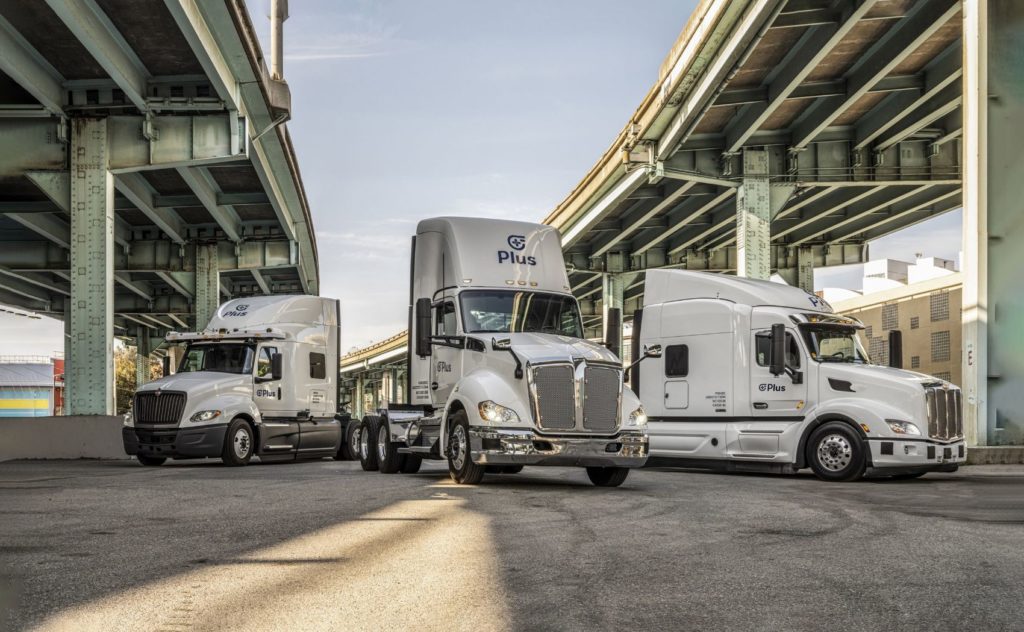 Plus (formerly Plus.ai), a global provider of self-driving truck technology, has successfully delivered its initial production batch of PlusDrive autonomous driving units to FAW. According to a recent press release, FAW will integrate the units in an effort to launch China’s first driver-in autonomous trucks. The delivery is part of an agreement between FAW and Plus, in which Plus sells the proprietary units to FAW. In turn, FAW will complete the installation of the PlusDrive units across their factory production line.

“2021 has been a particularly exciting year for our team at Plus as we start to deliver our core autonomous trucking product, PlusDrive, to the market,” said Shawn Kerrigan, COO and Co-founder of Plus. “Whether that is directly to fleets as we have done in the U.S. or to OEMs like FAW in China, we are excited that soon fleets will be operating their PlusDrive-enabled autonomous trucks on public roads in both the U.S. and China.”

FAW will leverage its footprint to manage the sales and maintenance of the autonomous trucks. Likewise, FAW and Plus will work together to update and maintain the autonomous driving technology behind PlusDrive. According to Plus, FAW’s new line of autonomous trucks has already received thousands of pre-orders from large fleets in China, including Rokin, Duckbill, and Guangzhou Zhihong.

“Autonomous trucks powered by PlusDrive are a revolutionary product for our industry. It enhances safety, efficiency, and sustainability,” said Xiong Xingming, Rokin CEO. Rokin is among China’s largest refrigerated and frozen goods transport companies with more than 60,000 trucks. “This will bring tremendous benefit to our network of commercial vehicles,” Xingming added.

“As the trucking industry faces a continued driver shortage, the demand for autonomous trucks that enhance the safety, efficiency, and sustainability of long-haul trucking is increasing,” explained Liu Zhiyuan, CEO and Founder of Guangzhou Zhihong. “We recognize the immense value that FAW’s autonomous trucks powered by PlusDrive will be able to deliver across our network of over 30,000 trucks.”

In related news, Plus is working with Teledyne FLIR on a development project to explore adding thermal cameras to the sensor stack used with Plus’s Level 4 autonomous driving technology. Earlier in 2021, Plus secured $220 million in new financing co-led by FountainVest Partners and ClearVue Partners, with participation from Quanta Computer Inc. and Millennium Technology Value Partners. According to Allied Market Research, the global self-driving truck market reached a value of $1,004 million in 2020, and further growth is expected through 2025.

“Looking ahead, we will continue to execute against our go-to-market strategy as a technology provider enabling the trucking industry with our cutting-edge autonomous driving solution,” Kerrigan said. “We are committed to generating long-term, sustainable shareholder value.”

Carl Anthony is the Managing Editor of AutoVision News and a member of the Midwest Automotive Media Association and the Society of Automotive Historians. He serves on the board of directors for the Ally Jolie Baldwin Foundation, is a past president of Detroit Working Writers, and a loyal Detroit Lions fan. Carl started AutoVision News to learn more about ADAS and autonomous cars and to amplify the voices behind the technology.
PrevPreviousGeneral Motors Announces Wallace Battery Cell Innovation Center to Lower EV Costs, Accelerate Time to Market
NextBite-Size Podcast: How GM’s Ultra Cruise Technology WorksNext